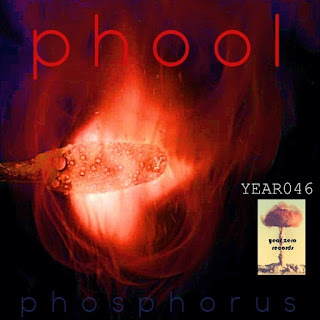 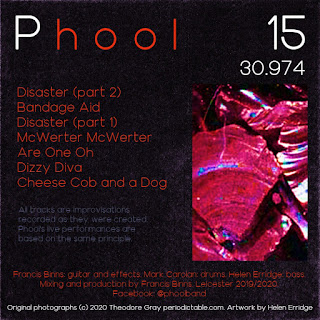 What's next for you fools?...Ahhhh...another new Year Zero Records release......hows about some gentle post-rock improv by Leicester band 'Phool'? Which includes a Scout Of Uzbekistan on drums
Indulge your stressed out lugholes with these soothing flotation tank rock sounds,as in rock without the 'rock' part. Minimally underplayed,so don't expect any face-melting guitar solo's, jazzy drum fills, or any slap bass, this just envelopes you like a creeping mist of that made-up as you go along stuff that some dare to call,... "improvisation",except this version of improvisation doesn't involve 'Showing Off'.
Strictly instrumental, it also saves one from that terrifying blight of the 21st century.....Singing!
Mark,Helen and Francis (Phool) are rare examples of musicians who obviously had lots of attention as children, which is in itself jolly refreshing.

Don't worry i'll stop being nice in the next post.

DOWNLOAD or feel rather phoolish HERE!
OR
You can stream it HERE!
Posted by Jonny Zchivago at 12:44

“I remain just one thing, and one thing only — and that is a clown. It places me on a far higher plane than any politician.”