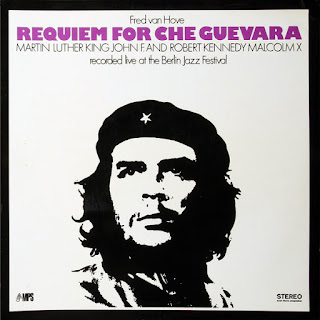 Where's the tribute to Lee Harvey Oswald for starting the whole conspiracy caper,that's what I wanna know? Although in cool terrorist Ché's case, it was more a conspiracy of T-Shirt manufacturers than the secret rulers of the planet. Some say that T-Shirt manufacturers ARE the secret rulers of the planet, but I have my doubts. However ripe with suspicion is the ironic act of naked evil that would see a Crass t-shirt adorning the crass hologram that is David Beckham, or K-Pop boybands resplendant in Ramones memorabilia, one suspects that the secret rulers of the known world are none other than ourselves.....shocking,but all the evidence points towards that sad conclusion. I'd like nothing more than some shadey oligarchy of plutocrats to be meeting in a secret bunker beneath the Pyramids deciding how to make it seem they're not there when they are.That's a full-time job!
Naturally, the most often used noun for our ghostly leaders is "They",it's never 'Us' is it; the more paranoid section of society would never be able to cope with the post-post-truth fact that we might be doing this to ourselves?
This takes me back to the conclusion of the psychedelic thriller TV series "The Prisoner",when number 6 finally gets to unmask Number 1,only to find that its none other than himself. This caused nationwide outrage in the UK.They wanted it to be some kind of 'Hitler' figure,but it turned out to be our hero,Number Six himself....hero's always turn out this way in the real world,bastards! What made them...."The public".....so angry was this brief moment of reality staring them....."The public"....in the face. The only person or persons keeping you all in this permanent state of slavery, in this prison without walls, is,......you guessed it, or maybe not?......YOURSELVES!
A similar encounter with reality is German Free Jazz, so here's Brotzmann's piano abuser,Fred Van Hove, and Wolfgang Dauner sharing an album in tribute to famous assasinees of the mid twentieth century.This is as close to freedom as you're gonna get this side of a Peter Brotzmann LP.
Tracklist:1. –Wolfgang Dauner - Psalmus Spei For Choir And Jazz Group 13:072. –Fred Van Hove - Requiem For Che Guevara, Martin Luther King,John Fitzgerald And Robert Kennedy, Malcolm X
DOWNLOAD to pay tribute to the icons of assasination HERE!
Posted by Jonny Zchivago at 00:20

Most of the ones that call Che Guevara an assassin may call Derek Chauvin (who?) a "hero".


I hope that isn't another one of those "you're racist" comments?
Indeed Carlos,, thats why i called Ché an asassinee.....ie the assainated one.Rather than the assassi-knee.(clever eh?)
Chauvin was the cop with the knee right?

Indeed Titus,There's always a few fish that escape the net...even in progressive Rock....but percentage wise Genesis were very posh,and that tends to taint the normal members somewhat. Currently, i'm listening to an audio file of Phil Collins' biography, the definitely not Posh one.Now i know he wasn't alone in receiving a state education in the ranks.

Every home should have one...someone should embark on a quest to find some Che Guevara Oven Gloves, or a Ché vacuum tidy.....what's a vacuum tidy you may ask?....i don't think my mind will allow me to descibe it.Best google it.

What if the über rich are the communists? They want to live in capitalism while the lumpen proles enjoy socialism.
There is a punk rock band called Cliché Guevara.
Now available at Hot Topic and Wal-Mart for all edgy rebel comrades of the collective.

well Mr Trotsky's Icepick, the über rich ARE the real communists because they are far more equal than us proles,and live in communes like St Tropez, Monaco, and Malibu....we moderate income scum are just equal, equally clueless, equally hopeless,but ay least we're more equal than the underclass,who are in turn more equal than starving african children. Us proles have got it good,and free health care if you're a prole outside of the USA.(Twats)

"Punk Rock was music for amd made by rich people to infiltrate the proletariat"(Skid Marx, 1982 on the death of Punk)

"Punk Rock was music for amd made by rich people to infiltrate the proletariat"(Skid Marx, 1982 on the death of Punk) AGREE!

So I this hear blog is all about giving stuff away - so, I wanted to let your readers know that I will be giving away money to support http://redcross.org.lb who are providing help for the folks in Beirut that had their shit destroyed. If someone wants to help they can buy anything off my bandcamp page and the money will be sent to http://redcross.org.lb.

In case it is an incentive, there is a new album up
https://aboombong.bandcamp.com/album/asynartetic

Bandcamp waives their corporate fees tomorrow (as Che would have wanted)...if that makes a difference.