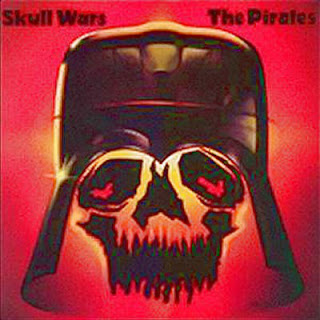 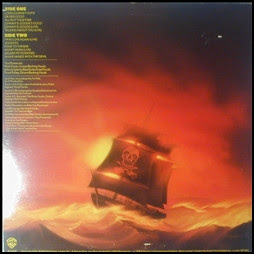 For the second Warner Bros Pirates album, the bosses decided to keep the same formula as "Out Of Their Skulls", a mixture of Live and Studio Pirates. The live action coming from the Hope and Anchor, and one suspects it was from the 1978 "Front Row Festival" set that the Pirates contribution to the "Hope and Anchor"album was pruned from.
Again, the live stuff is electrified hi-energy Rock'n'Roll of the highest quality. The studio tracks are great also, but they just lack that spark of the live Pirates, where they were at their best.
Wanker Brothers dropped them after this,because they failed to sell enough units.Apparently the band had received a rather hefty advance that kept them going for another couple of years, so no harm done eh?
As a bonus i've added the 1978 version of "Shakin' All over".....can't go wrong there now can we? the B-side is a rather dodgy Eagles out-take facsimile.....but gimmie The Pirates doing shit like that rather than the actual Eagles anyday!?

DOWNLOAD the album HERE you scurvy dogs!
Posted by Jonny Zchivago at 19:21

That's indeed the mix of "Long Journey Home" I referred to. I've never known which pressings of the album got this mix and the one without the slide. Until now I've only found the latter in digital form, so hearty thanks Jonny and a hoist of the tankard for ye.

Jonny Z, do you happen to have the single that Mick Green made with Thee Michelle Gun Elephant?