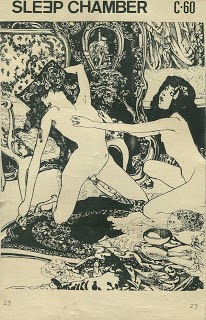 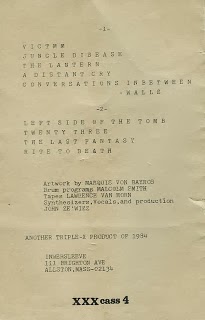 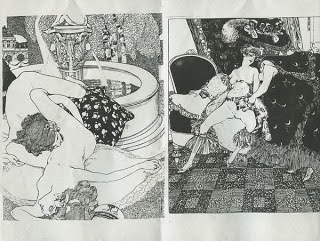 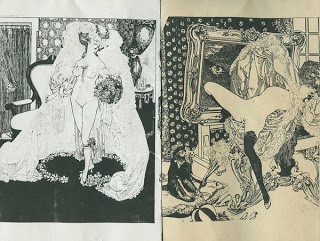 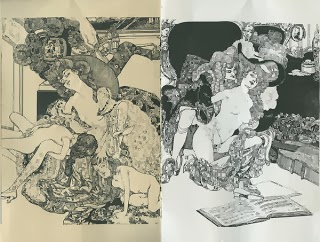 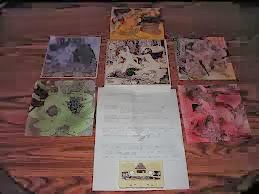 Boston USA(not Boston, Lincs,UK) S+M Fan, and Industrial culture perv,John Zewizz, aka John McSweeny, of Women of the SS fame; was, and still is,making Sleep Chamber records from about 1980. This is a rather artfully produced cassette from the early 80's.Sounds rather like Skinny Puppy fronted by Mr Bean on mogadon and viagra; not that I've heard Skinny Puppy since the 1980's, but my memory tells me they sounded like this, albeit a more in yer face version of Sleep Chamber's more creepy random synth arpegiator driven toons. Not a patch on Women of the SS in my humble opinion;it has a certain period charm that has dated badly; but the same 'dark' sexual themes  dominate, and can get quite tiresome. Give it a try, it certainly lived up to its group moniker, and sent me to sleep; although my dreams weren't exactly comfortable, or, regrettably, sexual!

Track Listing:
1. Victmm
2. Jungle Disease
3. The Lantern
4. A Distant Cry
5. Conversations In Between Walls
6. Left Side Of The Tomb
7. Twenty Three
8. The Last Fantasy
9. Rite To Death

Nice to "Meat YOU".....Your so-called MR BEAN here...not a very nice introduction ov Me. I really do not know how to take this. Should I take it az a complement ? Az some sort ov lost admiration? A review I should take personally?...YOU TELL ME...
Az Far Az Suggested info to assist in the 1984 release.How old iz this release ? Ya,its a very early release.There iz a R.STONES early cover "The Lantern". The rest Ambient-(not a bad thing)..early electronic Songs and instrumental pieces.Just before SUBMIT-to-DESIRE LP.
I'd RATHER be nice about this. Only because it may be your 1st or 2nd (review ?)...I RATHER artfully explain that the 'style' waz intentional. That Issue iz a 1984 re:issue after selling out the Box-Set version ov 500. So you got one ov the 1000 reissued copies. No matter...it THE MUSICK that RATHER matters right ? No real mention ov the details ov that. Just a cruddy (insult ?)...A Musick reviewer 'reviews' musick. Does not really bring in hiz unfamiliarity with other musicks (skinny puppy)?..Iz that your only idea ov what kind ov musick it 'sounds like'? RATHER poor concept ov 80's Industrial Musicks. Maybe better next time ? No one likes a poor review since they spent the time to read your Review..and you went to the effort to post a pic ov the release.After 30+ years ov making musick My advise iz..if you get a chance to review a release,,find what you like about it..RATHER not what you do not like. No one thinks its funny.And you waste your effort and the readers time. NEXT TIME .. its better reviewing instead ov being silly. (ps) Established True Individuality Looks Like This:~(stay in touch)~ JOHN ZEWIZZ http://johnzewizz.blogspot.com/ and https://vimeo.com/channels/414871 see me on FB

Nice to meat you too.....haven't listened to this tape for ages, so will have to re-listen to see if i still agree with myself.
Its all done with a tongue firmly in cheek,and many people find my style very amusing.
I was always a fan of music reviews that never mentioned the music,or even what they were reviewing. I try to do something similar, with an irreverence and a bit of offensive humour. You must learn to laugh at yourself a bit more.
I'm a big fan of your Women of the SS project...i even said that i listen to those albums more than any other industrial artist. And have probably introduced hundreds of new listeners to your music; thats worth putting up with a few cruddy insults is it not?
I bet you have a hell of a time using spellcheck with all those crowley-isms you use constantly.
I think i'm already your friend on FB.
Thanks for being nice....i have a lot of other artists who aren't so nice.No names mentioned.I dunno what i wrote about some of your other records, but it will be in a similar style.....i understand if you don't like my reviews/writing; its the same as persons not liking your music. Its a human right.
Thanks for your comment.

Johnny...I do google SLEEPCHAMBER about once a month az I do u-boob...just to see what supporters are 'posting,commenting & uploading'..(their own videos for SC & SS trax)...anyway..I get you..I do get to kum off az a pain..I know...but if you could only imagine the work it takes one person to 'police' their musickal efforts & expressionism...I have thought ov just doing WOMEN OF THE SS...instead ov SC...az it iz more popular...New SS DVD/CD & cassette projects to be released SUMMER 2019...some NEW STUFF TOO..!!! thanx for your attention. Contact JOHN CROW on facebook for review promo copies.. JOHN ZEWIZZ

Hi John,
yeah, if I was you I'd doo Women of the SS only,in fact I wish i was you.
If Women of the SS play in France again can my band support you so we can perv over those sucey ladies.....we r called ZOG.Album out soon on Siltbreeze,some vids on Boobtoobetc blah blah blah.