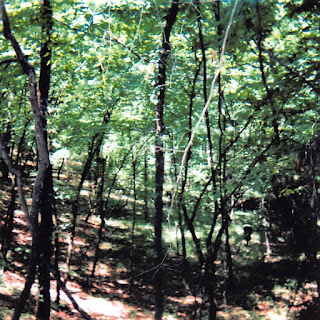 A more traditional sounding 'Electric Jandek' performance on this one.At the venue of legends,the Paradiso. Slightly 'Bootleggy' in its sonic fidelity,which suits Jandek perfectly.
Here he's joined by Phil Todd of Betly Welcomes Careful Drivers and Ashtray Navigations fame on Bass and Distortion pedal(?).
All the songs,pieces,tracks sound like the same songs,pieces, tracks, as this meandering trio search for that missing note.
He also did a gig in Rotterdam which was attended by our erstwhile Indonesian correspondant Henk Madrotter, and videoed......which you can check out here:
https://www.youtube.com/watch?v=_-Gos4pDyo0https://www.youtube.com/watch?v=ca8iqTNhyB8
If only the occupying Nazi's had Jandek to play through their Tannoy system in Amsterdam during the 40's.....Anne Frank would have come out with her hands up ready for Auchwitz.Either that or someone in the know would have shouted "She's in the Attic.....just stop playing that god awful racket!"
Tracklist:

you're jandek narrative is really the only commentary on this fella that i've seen that hears him the way i do, and shares my enthusiasm. Genius can be mean, and he's a little mean! heart.