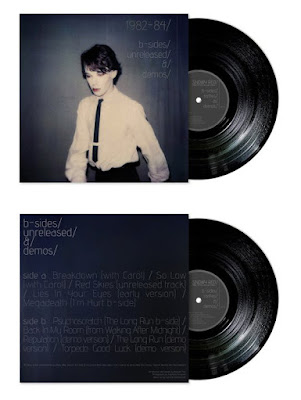 It all went wrong for Snowy,as it did for most of us, around 1984, through the combination of shite new technology and recruiting a band of 'other people'???
The first half of this disc is fine, like normal classic Snowy Red minimalism.Then ,after Megadeath,we get all those pregnant spaces filled up with some funky synth chords,and awful 80's style sampling!!? He starts trying to sing properly like he wanted to be Howard Jones or something worse...if thats possible!?
Obviously, commercial pressures had leeched in from some lurking capitalist in the camp. It was at this moment that the ice caps started to melt and the temperature rose beyond the critical point of no return. Its happening to the Earth, and it happened to Snowy red.
Consequently, the third album, is chart orientated dross packed full of things like digital FM synthesis and slap bass; worse still, he recruited a Band!?
Nevertheless, the first five tracks on here are great! Everyone burns out at some stage, then we fade away.....hopefully in some cases.You gotta know when to quit, and Snowy should have quit round about track 5.

DOWNLOAD the stuff they didn't want you to hear HERE!
Posted by Jonny Zchivago at 17:39