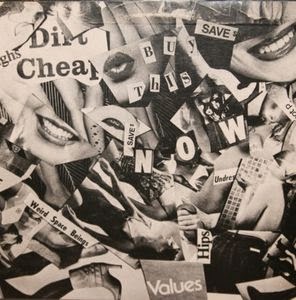 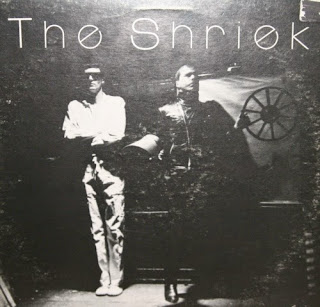 As mentioned in the "Gorgons and Gargoyles" post, Blair Petrie was in the Synth Punk group The Shriek before his collaboration with Port Said's Stefan Tischler.
Obviously the short lived west coast of North American fad of Synth Punk, stretched to Vancouver. This is a world away from the work Petrie did in the mid eighties, using sweary words, a couple of dessert spoons full of aggression, and the shameless use of the word 'Sex'. Pretty passable punk rock it is too, with suitably crunchy bass guitar and crude synth playing. Unfulfilled potential,but a nice change to the rather effete art electronics i/we have been listening to of late.


DOWNLOAD and shriek HERE!
Posted by Jonny Zchivago at 17:44

Just stumbled upon your blog, downloaded all the French stuff you posted. Thanks a lot. Can't say I agree with your vision of France, though. It really IS the greatest country in the world. The fact that it's mostly populated by Frenchmen does make it kind of shitty though.

I do remember I had a passing fad for Vancouver bands in the mid eighties - DOA, Subhumans, No Means No and... nope, that's all my neurons will fire out right now... don't remember ever hearing The Shriek... always liked that dirty bass sound so points for that... love that vocoder part on Intermission and the vocals on Lost Control made me smile.. Vancouver via Bolton!

Ah, Synth-Punk! I do remember the "kids" having a bit of a revival about ten years ago, did they call it "punk-disco" or some god awful media-friendly term - still, if it meant some of said 'kids' discovered Chrome and Suicide on the way, then it's not all bad I guess.

Let me fink... a comment above about France and synth-punk = Metal Urbain!

Yeah, the French are convinced that they and their pretty country are indeed the bestest in the world. And it is as pretty as a picture, a boring landscape painting, by the really dull Constable. But would you really wanna live in a picture?.....I have lived there for a brain numbing 12 years and its NOT the best country in the world. The French are boring,arrogant nerds,who love Dire Straits and Phil Collins(even the 'cool' ones), the food is dull and samey.I could go on......Good for a Holiday, not the best place at all! Jeez!