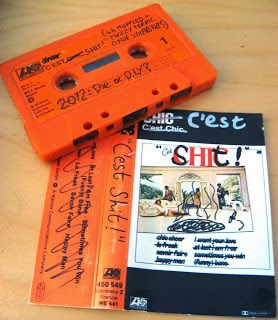 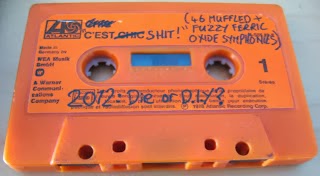 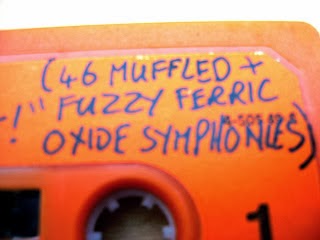 -->DIE OR DIY? Brings you an accurate replication of the classic DIY sound of antiquity; namely, the sound of a young repressed male trying to sing badly while gagged in a neighbouring room.Backed up by a random Television set packed in a wet cardboard box stuffed with cotton wool. All this fronted by a budget electric keyboard played by an autistic child.


To the modern youth this music is virtually the equivalent of being Deaf. The muffled narrow bandwidth frequency range, mostly a fuzzy midrange punctuated with hissy stabs of trebly stuff, and made by people who obviously can’t sing, play any instruments or write songs. To give ‘da yoot’ some grudging credit, they are right, but they have no understanding of how liberating this behaviour was for the cassette generation of 78-83, for so long crushed under the iron boots of popular prog, economic feudalism, and techno elitism. How could the kids hope to own a cheap guitar, or even the cheapest of Rick Wakeman’s mountain of synthesisers, when there were no jobs,and they were told that one must learn to play Bach’s Toccatta in fuge perfectly before even dreaming of making a record! This shit changed of course with the Sex Pistols hysteria thing,and the availability of cheap cassette decks. Buy two cassette recorders,and you could multitrack by recording from one to the other whilest playing over the top. The resulting sound is a unique fifth generation kind of white noise drenched no-fi weirdness, that can never be accurately recreated with todays shit, “everything is possible”, technology. Freedom from choice can lead the artist unwillingly in an interesting direction, lead by something other than the dull mind of a youth. This is the sound of a generation that had no choices, no prospects and no future other than one that could be made by themselves. Do it yourself, ‘cus no other fucker is gonna do it for ya!
It all went tits up around 1984, when low priced multitrack cassette portastudios appeared, and technology became freely available for everyone. Home recordings started to be easy, and professional sounding, in glorious ‘dobly’; and nuffin’ sounds good in ‘dobly’ does it? It was easy to sound like Joy Division,and so everyone did.
Side A is mostly devoid of any standard instrumentation, guitars being replaced by cheap synths, organ drum machines,and tape collages. Miserable noise made by miserable boys in miserable bedrooms, for a growing alternative audience tired of pompous pop ponces. Heavy going, and probably some of the weirdest sounding music ever made.
Side B pays tribute to the listless, feckless legions of pop groups, who couldn’t disguise their apathy on record; along with the more clued up musicians who saw this as an opportunity to get their more thoughtful works out to an eager audience. So expect more structured work,more tunes, and more amateur but marginally competent musicianship and songcraft.
Its Muffled, its fuzzy, its on Ferric Oxide Tape, and its fantastic.

DOWNLOAD SIDE B HERE or HERE!
Posted by Jonny Zchivago at 09:13

That said, yours are a revelation!

It's hard to stop discovering great musik once you stepped into your blog. They should have put this stuff unto the "Voyager Golden Record" so the future aliens would know we were not only stupid people.

Thank you Wolfgang.
I think i also used the voyager golden record analogy on one of my write ups somewhere on here.