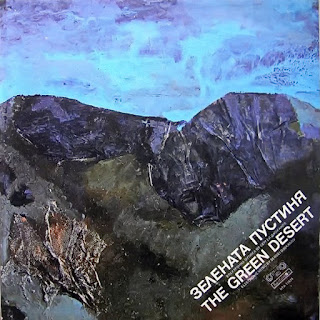 We haven't been to Bulgaria yet on our Communist era tour of the Soviet Bloc have we. There may be a reason for that. Fuck all went on there, and still doesn't. Except organised racism at Football matches,like the black clad scumbags at the Engalnd Match in Sofia recently. The match was stopped three times,they were booted out after a lot of moaning by the English, who still thrashed the crap bastards 6-0. The funny thing was that the swarthy hoodies who were making the monkey noises,Nazi Salutes etc, would have been classed as Gypsies under the racial profiling system of their beloved Third Reich; stuffed into cattle trucks and never allowed to attend a Football match ever again!
Baugaria was after all, an Axis member and Nazi ally during world war 2,lets never forget that.
That's all good but what position did most germans, including Hitler what to play in during a Footy match?......The Right Wing of course!
No-one dared play on the left wing,they were quickly substituted and repositioned in the east.
The left wing postion became popular after the communist 'liberation'.

Of course not all Bulgarians are Nazi scummers, like  communist era Kosmiche style synthesist, Sergei Djokanov. Who made Tangerine Dream inspired minimal Cosmic landscapes like an ambient Berlin School hybrid.Very mellow with sparse synthesizer melodies and the usual white noise to give th music that "then" cosmic feel. Side A is minimalist no drums or guitars just full on analog beauty. Side B doesnt pick up until the later part of the album replete with string synth, lead melodies, drums and a nice sort of mellow prog vibe.
Taken notes from the mid period of Tangerine Dream this music is sparser,and,i'm sorry,but, no mellotron and alas a bit more contemplative.If those Nazi-Football Hooligans spent more time listening to this, they might relax a bit,and start to educate that black desert they call a mind a tad?
This was recorded at Bulgarian National Radio by the way,if you're one of those persons who need to know shit like that?

Its no coincidence,that Tangerine Dream also had an album called 'Green Desert' too.....who stole from who? The TD album came out a year after this one,but they cunningly added a 'Recorded in 1973' epithet to wriggle out of acusations of plagarism.

Excellent offering today! Thanks so much for the share.

Great one! Its interesting: ten years too late to "the scene" tends to get written off as an anachronism - but being forty years too late is kind of hip.

Thanks for this - beautiful record. Excellent accompanying text too. Blagodarya! (Thanks!)