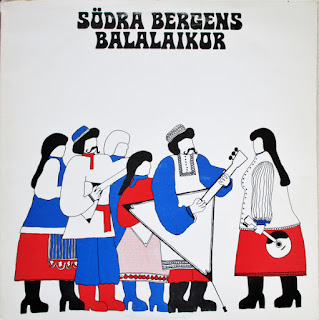 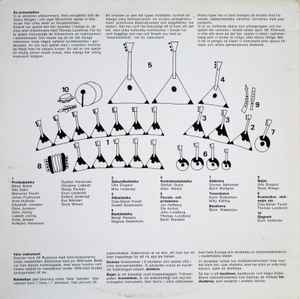 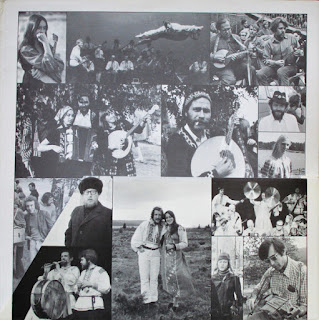 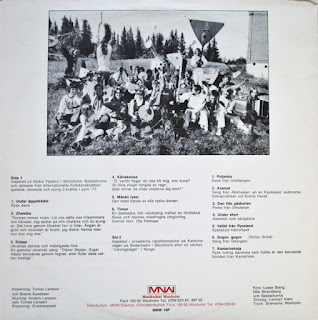 Apart from austere joyless classical music, Dictators like their peasant classes to entertain themselves by doing traditional dances to horrific localized folk like this .Woe betide any smart alek liberal who whips out an electric organ or a new fangled digital accordian to sing songs in any foreign tongue,that doesn't exude love of country or praise the family unit. Out would be wheeled the portable guillotine so beloved of the Nazi's, for public execution parties.....complete with doomy classical and creepy Folk orchestra's in a jolly up as the offenders severed head is placed on the 'peoples' spike at the entrance of the city.
Although this scenario doesn't generally happen in peace lovin' Sweden...yet....this creepy,but menacingly funny balalaika band was a pinko non profit orchestra that boasted up to 30 balaikas and a choir in it's line-up,probably with it's own Swedish communist party lyicist. You may not be surprised to know that this started as a music school project,hence the deliberately emphasised 'bum' notes,which I guess indicates a pretension towards humor.
You may also be surprised to know that Södra Bergens Balalaikor was part of the Swedish 'Progg Movement' as discussed on the last post. This explains those grubby socialist jibes that your's truly aimed in the orchestra's general direction. That being the politics of choice for the 'Progg' movement...and why not? It worked for Amon Duul...forward slash...Baader-Meinhof's Red Army Faction....fun fun fun? Being cajoled into these movements,must be like being shut in a Japanese prison sweat box with an insurance salesman.
Don't It just make you wanna kick seven shades of shite out of the nearest self-righteous soap boxing aspiring political activist ? Leave us alone you cunts....please?
If Vladimir 'The impailer' Putin ever got anywhere near your home town you better start paying attention to your local folk volunteers and get yerself a Balalaika.....acoustic of course; as well as genning up on austere classical music.A guaranteed ticket away from having electrodes attached to your genitalia,before being waterboarded in a bath of human shit.
This was the kind of stuff one could find in the 'Bargain Bin' section of the famed Ultima Thule shop of Leicester....which I'm sure I've mentioned before? It might have been cheap(it isn't now) but this stuff could empty a room almost as quickly as an Amon Duul I LP.
There are certainly shades of the Portsmouth Sinfonia going on here, and maybe even The 3 Mustaphas 3 from the 70's and 80's respectively. However i'm not sure how serious SBB or these other similar projects were,which is also a pointer towards sophisticated comedy,as it is with the aforementioned examples in this paragraph.They could be the Swedish Incredible String Band for all I know.
Having heard quite a few of the other Swedish 'Progg' groups,I can now warn you,in a polite way, that they aren't very good at all.So don't go thinking that there's an Italian Prog type gold mine of wonderful progressive rock just waiting like low hanging fruit fro yourselves to gorge on until you're sick.....dunno about you but I'm sick already.I'm also quite pleased to say that this has nothing to do with Rock In Opposition,except maybe 60's student politics, which is supposedly what the recent train of thought was supposed to be about.
Tracklist:
A1 Under Äppelträdet 3:10
A2 Zhaleika 2:17
A3 Dnjepr 2:30
A4 Kärleksvisa 2:30
A5 Månen Lyser 3:56
A6 Timon 3:11
B1 Poljanka 3:30
B2 Azamat 1:35
B3 Den Lille Gåskarlen 2:15
B4 Under Eken 1:33
B5 Vallåt Från Ryssland 2:00
B6 Gogov, Gogov 1:40
B7 Kamarinskaja 3:47
DOWNLOAD some volk musik HERE!
Posted by Jonny Zchivago at 15:31

Funny you mention the 3 Mustaphas 3 :) One of their members, Colin Bass is a friend, he also plays the bass in prog-rock band Camel and did quite a lot of stuff here in Indonesia, even had a huge hit here which has been covered God knows how many times, Moon Over Denpasar....