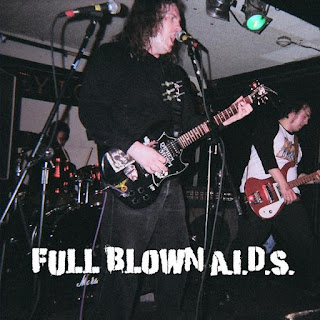 Oh yeah, we're in a what did I do today  general scenario bollocks ain't we just? Well I had a lovely meal on the Saturday last weekend, for me girlfriend's birthday...she ate as well if you were wondering,and Champagne for afters.
Then when we got back to where the car was parked ...it wasn't there,fucking gone !?...Turned out the cops towed it away and put it in their state of the art compound miles from town....and it won't be released until the local Pigs had checked my moth-eaten dodgy paperwork;....trouble was,all the paperwork is in the car innit? Miles away,with no way of getting there before the bastards close for the weekend. Had to call a friend to drive 50 miles round trip to shuttle us from one bunch of cunts to the other cunts.Got papers, showed cops,who fined me for having "bald" tyres...so they say!? and then back to the compound to show the man my cop endorsed paperwork,signed by yours truly,and pay the fucker 200 quid for the sheer joy of it all.....and no-one noticed I was pissed drunk?!
So as a result I wanna kill somebody and laugh at people with incurable diseases. So where to go for the soundtrack of this internalized destruction.....answer....anything by Anal Cunt I thought? Or even better something by Half of Anal Cunt called "Full Blown AIDS" !
The difference between GG Allin, and Seth Putnam is that one was a funny idiot,and the other one was just an idiot. The answer to this conundrum is up to you, but ,let's just say that GG never had a band called 'Full Blown AIDS'. One of the best band names I have yet encountered.
Anyone who is actually insulted by Anal Cunt and its derivatives should just get Full Blown AIDS themselves and die in my opinion.....especially jobs-worth traffic cops....nah...they weren't so bad,especially when confronted by my post-Brexit and totally illegal and out of date British Driving Licence from the early Nineties. I just lied,said I was a tourist,can't speak the lingo guvn'r (not far correct anyways),and they couldn't get us out of there quick enough.
This Sludgecore classic was committed to a cd-r just three years before Seth's untimely death by Heart Failure.....I suppose we should laugh,as that's what Seth would have done if any of us had died in such a gay way.....'Gay' being one of Mr Putnam's favourite unwoke words by the way,I inform,so as to deflect and Savage Wokery nastiness coming in my approximate direction. Basically, I just wanna be liked, and admire anyone who genuinely just Don't give a flying Fuck about anything or anyone.......unless you're in on the joke.
One would have thought that a person with such cathartic externalised hatred would escape the predictable heart attack finale wouldn't you? May well have had something to do with Seth being such a fat bastard.You can't externalise clogged up arteries....or can you?
Tracklist:
1st EP:
1 No One Cares
2 Track Team
3 It's All Fake
4 Stupid Bitch
5 Trash Picker
6 Alcholic
Leech EP:
7 Leech
8 For Those About To Rock (We Salute You)
9 Fact Finder
10 Everything
Bonus
11 Throwing Cars At People On Coke With Thor
DOWNLOAD the anti-cure for AIDS HERE!
Posted by Jonny Zchivago at 20:48

uniformed enforcement goons. A shitty day isn’t much better. Any time squandered with cops is annoying, along with the trouble, keeping your thoughts silent and paying for the whole shit show along the way. There’s a reason people call ‘em pigs. I’ve never heard these clowns but I like the name and the titles. They look like just the pill after dealing with the dick headed. GG or Seth, can’t wait to find out which asshole is the funny one. I always got a kick outta GG’s records, but sissy that I am, I wasn’t up for a front row seat with the piss-n-shit started to fly. And they both kicked off young, for what? To bloody save reek-n-roll?!? Fucking waste that doesn’t mean a damned thing. But we did get the screeds that are fun and do help those recently soiled by swine exposure. I think you both deserve a dinner/champagne re-do. it’s shame to waste perfectly good food and booze. They could’ve just left a fucking citation, but what fun would that be? Swine-ass loogie targets.


Stop Press: This just in. So glad I delayed posting this. I wished there was something I could say that might push you towards a better mood. It worked for me. It was just reported the FBI raided donald tr*mp’s compound in Florida this afternoon!!! I imagine from where you sit a raid on macron would be better, but the goons raiding tr*mp’s lair is a special source of glee. Certainly he’s guilty of more than bald tires.

I don't know. While I admire the sentiment, Full Blown AIDS just isn't as serious as it once was. Maybe Full Blown Monkeypox or Covid (If Yer Obese) would be more effective in this age.

Also, bald tires?! You sure that wasn't just a pretext for fucking with you or something? I mean, aren't you in southern France--sorry to be crude, but do they even wipe their asses there? It ain't Belgium, where folks aren't just bi- but POLY-lingual, mind, (Insert crude joke here) and where they've historically paid me much better.

I can certainly appreciate Dumbfuck's home being raided by feds, but I was really hoping more for a headline like this: Trump Brutally Ass-raped by Mexicans (and other "shithole" nationals). That's something I could really get behind, in a manner of speaking. Crudeness quota met.

And finally (maybe), while frantically googling to find out if Seth was in fact a "fat bastard" at time of demise, I stumbled upon this:

What?! I have so many questions, but, firstly, what the hell was he doing at the PP Mall in the first place? Sure, back in the day they had a Newbury Comics and Borders, but this was 2018! Was he (creepily) scoping out Catholic schoolgirls or something (place was seriously overrun with them)? I need details.

Yes, they are uniformed enforcement goons. Just not for crime.
Punishment is deemed old-fashioned for assault/robbery/murder,
but overstay the parking limit? Burn.
While I don't necessarily agree with "punishment", I do think those who can't play nice should be isolated. (Those who peruse these blogs are already self-isolating,
which muffles our otherwise criminal tendencies)

Awww come on Michael!? You must stifle a few sniggers (see what i did?) when you watch Putnam on stage singing about how jews and blacks are gay.....no-one can write stuff like that and be serious....surely. He's just really good at it.Deadpan ironic homophobic racism at its very very best.

Parmalee...full blown AIDS still exists large scale in Africa,and it makes monkey pox and Co-vid look like a mild case of the shits.

Yikes! Turns out Seth _was_ serious. Won't even link the shit I just read, but he was going on about the "pro-white cause" and related garbage. Can't exactly say I'm all that surprised, but still...

Yeah, the archivist and anthropologist in me is always fascinated, while the rest is mostly repulsed. One might argue, for instance, that Seth Putnam, et al, kinda pioneered 21st century tactics for rightwing hate. I mean, it's not like noone ever thunk up the term "libtard" prior 2010 or whenever. It's more that the fascists and white supremacists didn't really adopt humor (attempted, that is--they're seldom actually funny)* as a viable strategy til relatively recently--presumably in response to more political comedy, etc.

* OK, Annie Hardy/Giant Drag (attended fancy private school, for the record) is somehow funny, but I can never really tell how serious she is--but she's seriously hilarious in Dashcam.