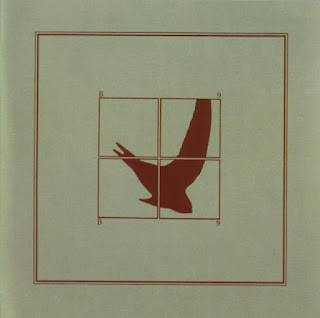 Yes, here's another Belgian Cold Wave compilation from the height of said wave, from 1981. The year after Ian Curtis hung himself for our sins.The ripples that catalysed in the black oceans of despair spread far and wide, but nowhere tapped into that wave energy more than Belgium. Triggering a tsunami of dreary emotionally bankrupt misery.I'd slash my wrists but the doom-laden self-pity makes me feel so gaddamn alive!As Cold Wave christ,IC said, as he breathed his last during his asphyxiation: "Forgive me father for I didn't know what I started"..

DOWNLOAD this benign beauty HERE!
Posted by Jonny Zchivago at 22:31

Thanks for this double album - so many tracks, more than on the CD reissue.

I used to have a copy of an album called Walkin' After Midnight on St Germain Records which covered similar musical territory - I would love to see it posted some time.

Ooops, there's only 18 tracks so I presume this is the CD rather than the double album.

Yeah, my fault...pasted the tracklist for the 2xlp instead of the CD.