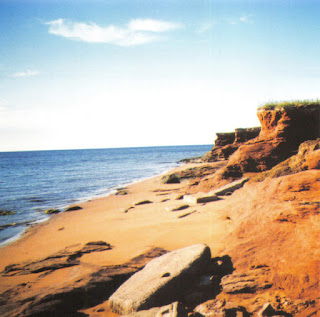 Its Jandek Monday in Dallas Thursday.So......
Who needs Miles Davis when we got Jandek playing bass behind a musical picket fence on the grassy knoll of outsider garde Jazz in Dallas?
I'll try and fit in as many JFK assasination references as possible in this short review of yet another Jandek curveball to the head from the Texas Book Depository of improvisation.
Like the Zapruder film, crucial footage was shot of this performance,on May 19th 2016 at the infamous Texas Theatre(Where LHO got arrested), and released on a DVD, which you can pour through in slow motion to prove that this really happened.
Just like any epoch-defining moment in Dallas, the main protagonists sport triple barreled names. Rather than Lee Harvey Oswald, we get get Sterling Richard Smith (the Corwood representative)on Bass, and keyboardist ,Andrew Jordan Miller, with Jazzer Chris Curiel, on Trumpet and normal name.Again we have Sheila Smith with those slightly deranged,almost channeled, assasins vocals.
Another key date at this venue was November 22, 1963 at approximately 1:45 p.m.,when nearly 15 Dallas police officers converged on the Texas Theatre in search of a man who had entered without paying......no not Sterling Richard Smith......I hope.....but none other than Lee Harvey Oswald, who arrived 53 years too early for the Jandek gig.
I think I would have tried to duck in without paying if i knew i was going to see a jazz workout rather than some classic jandek miserablism.....if I wanted to see a cheap rate Miles Davis clone, I'd have gone to another venue.The representative doesn't even sing on this one!
Perhaps this record is the missing link in the conspiracy? Did Jandek fire that fatal bullet from the Grassy knoll and pin it on Oswald? He's certainly old enough, he'd have been 18 in 1963.I reckon he offed JFK for the CIA, and they placed him on an identity reassignment program to hide him, and that new ID was as a musician, even though he had no musical ability whatsoever.
This would explain a lot! Would also explain as to why he was so keen to hide his identity,and less than forthcoming about his life history.
I think I'm onto something here!
Basically It was Jandek wot dunnit!
He probably killed Miles Davis too....he certainly did on may 19th 2016 in the Texas Theatre.
No, i'm only joking, it's rather good actually....even if it is by a suspected murderer.

DOWNLOAD this substitute for jazz HERE!
Posted by Jonny Zchivago at 13:06

Just keep on going! Love this stuff! Thanks a lot.

That’s the danger of having an “artist” in a witness protection/identity reassignment program. The asshole goes all ‘creative’ on you, starts spewing out albums like mad, then the bastard gets over his recluse streak, starts touring and the whole plan falls to shit. State secrets…yeah, right. I have a brother-in-law who’s all about government conspiracies. I buy none of it anymore. How many times do we need to relearn the lesson; governments really are as dumb and feckless as they appear. Just look around…. But thanks for the LSD all the same.

Why isn't the cover a shot of the Dallas book repository? Or the
grassy knoll? Although, it was a Dallas Friday when "you know what" happened.

I suppose that would be too obvious for Jandek......although the facade of the Texas Theatre would have made a rather nice cover shot itself.....spooky.

Rev B - yes i'm with you on the impossiblity for any government body to keep anything secret.....but I have to say they failed on most of the JFK thing.
It quite a compelling case, in fact the governement inquiry in the late seventies ruled that there probably was a conspiracy to murder the president.....unlike every single other conspiracy theory which is basically 'made up by paranoiacs.'...I used to enjoy the subversive nature of conspiracy theories, and even made a case for the possibility that someone deliberately allowed 9/11 to happen, which is indeed possible....but no secret beams were used, or explosives or ghost planes etc....so now i have moved from arguing the non-exitence of God to christians, to arguing against 'Truthers' whose nu religion is 9/11.......maybe Jandek did it?