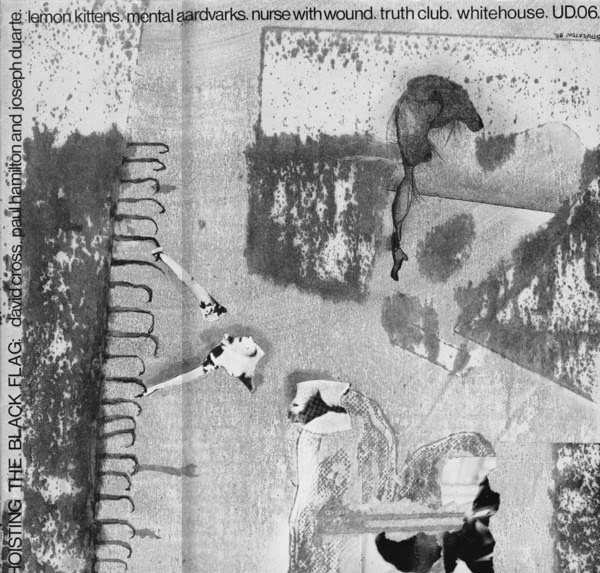 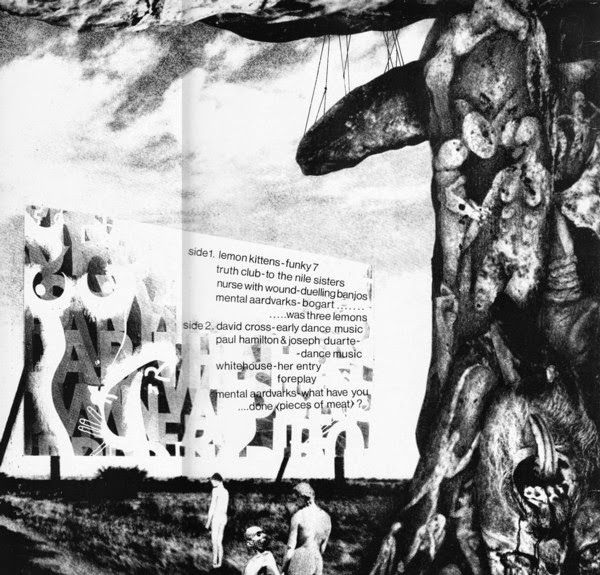 
And what's this, an exclusive but errant Lemon Kittens track?


The ironically titled “Funky 7”,is dance music for quadriplegic psychopaths of all creeds and colours. Personally, I find backwards avant-drone dislocated sound collage very funky. I know i'm white, and “ain't got da funk”, but I’d take to an empty dance-floor if this played at my local Discothèque. If it ain't four to the floor, the average Caucasian can't even attempt the hokey-cokey without several homemade E's stuffed down his or her neck. So please,please,leave black peoples music for black people to make,and the 'whites' to make insane shit like this masterpiece.


Still on the subject of ,(cough), 'Dancing'. I drift back to my adolescence,when many a Punk Rock concert witnessed no dancing at all, and in some cases,like Joy Division, no movement at all. This seemed like a desirable natural state for oneself. Then, slowly, idiots like the fucking Specials started beckoning these same lost youths to get up and Dance???? And they DID!!? The enforced jollity of Ska music is the opposite to the voluntary doom of the music on this beyond fine compilation. This stuff is about finding out where your meat comes from, rather than partying with your back to the abattoir.


The Dance Music theme returns with tracks by David Cross (was he not in King Crimson mark II?), and Paul Hamilton & Joseph Duarte(aka  the Bombay Ducks), which repeats the disjointed collage feel of the Lemon kittens track.


Whitehouse remove us further from the party atmosphere, with two trademark recreations of an electronic Danté's inferno. It's a Hell preferable to one we're living in now,and I wager that dancing's banned; punishable by being sent straight to Heaven(that has to be the name of one of those 'super-clubs on that hive-minded, voluntary Guantanamo shit-hole, Ibiza!).


Naturally, Nurse With Wound make an appearance with a totally de-konstructed version of hill-billy square dance classic, “Duelling Banjo's”. I suspect, that it just shares the same title as the aforementioned red-neck banjo-off?Wishful thinking hopes it's a cover version that has totally removed all the bluegrass, and replaced it with a dead barren wasteland, adorned by a Black Flag hoisted in place of that KKK flag;or whatever they call that swastika alike confederate rag (Seig Howdy!). A desirable future for the Tea Party Taliban's Fatherland I’m sure we'd all agree? If you don't, WHAT THE FUCK ARE YOU DOING READING THIS BLOG?

By christ. That was fucking horrific.

The Horror!...and you still played all of this? Respect.

Since I found this blog my wife has started asking, "Just what the fuck are you listening to now?" on a daily basis. I haven't had as much fun since I dug out the Pregnant Neck LP and drove her fucking mental with it.

Its all wives duties to headshake and 'tut' at any interest a husband has. Its a cavewoman instinct to keep her man from persuing any interest that may lead him into the arms of another woman.
She fears that you are gonna meet and run away to sea with Danielle Dax!
My significant other, used to pretend to like the same music as me, until i was snared by childbirth; now she slags it all down and listens to childrens music on the MTV!?
What the fuck are these people?

Actually this is one of the best compilations of the time (and probably the most listenable record Whitehouse were ever on). Fun fact: Paul Grady, aka the Mental Aardvarks, told me he was paid £15 for being on it.

How much was fifteen quid worth in 1980,compared to the toy money we have today?....probably close to five hundred.
Still under paid though.