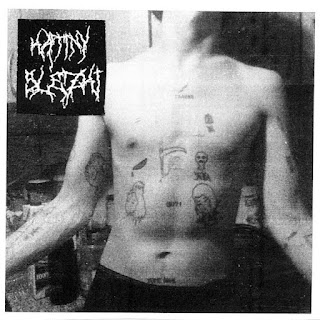 I was gonna carry on with my lowdown on rubbish original wave punk follow-up albums,and post every available mix of The Heartbreakers "L.A.M.F.", which is neither rubbish or a follow-up album,but has that same damning 'muddy' sound that bedeviled Punk groups in 1978 onwards.(by the way the best mix turned out to be on "The Found Masters 1977",just edging out the cassette mix)
Of course The Heartbreakers were more accurately labelled Street Rock,who luckily got invited onto the infamous Anarchy tour,and soon picked up the fashion sense of the epoch,leading to a rushed recording session to get an album out before the Pistols.....which everybody managed to do, easily.
Therefore I won't bore you, and myself, with such shameless self-indulgences.
The mean streets of lower Manhattan in 1976 were a holiday camp compared to the isolated and depressing desert of,Thee official coldest,not coolest, city on earth Yatutsk in deepest Siberia,where my bestest favourite Siberian Punk band come from; the rather very good indeed Katiny Slezki.Who are like a cross between a PTSDed Teenage Jesus and the Jerks,with The White Stripes on really baaaaad drugs.
Watching the news today I'm getting very worried for the male members of the band who are prime candidates for getting drafted into the Russian army as canon fodder for the insane objectives of their malfunctioning nation.
Firstly they are just the people Putin would like to get rid of,and second, they live in the kind of arse-end of the bag place that contains a  population of racially ambiguous  'Russians' who will not be missed by the middle classes in St Petersburg and Moscow.
They've got a lot of crazed stuff on Bandcamp, but I have more that isn't on there,including my fav "Unreleased Tracks 2016 EP".Got some mad numbers on there.
I sincerely hope they avoided the mobilisation,escaped to Mongolia or something,and we shall hear of them again after some brave patriot Offs Putin.
Come back Katiny Slezki we evil westerners love you.
DOWNLOAD everything by Katiny Slezki on their bandcamp HERE!
and
DOWNLOAD everything else that isn't on bandcamp HERE!
Posted by Jonny Zchivago at 23:56

i'm with you. cmon snipers, where are you? putin, trump, biden et al....aren't going to assassinate themselves!! Thanks for another great post