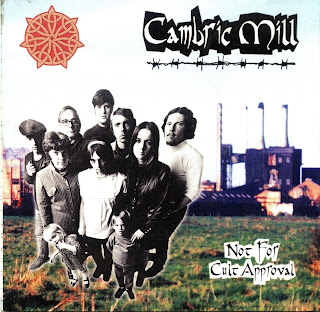 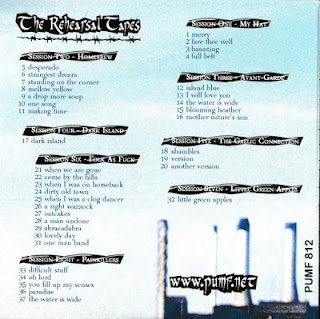 Everyone likes a cult,especially the music of Cults.Of course I refer to the very Reverend and very dead, Jim Jones,Chuck Manson, and who can forget the great,and gratefully very dead,rockin' Jesus, David Koresh...among other manipulative sex abusers too numerous to mention.....ok I missed out the weirdest of the lot Sai Baba and I'm sorry.
In fact the main reason for joining a doomsday cult,or the new disciples of the latest incarnation of Jesus,is to make wacked out music with some genuine five star dysfunctional loony Toons. I'm sure that was at the top of the list for randy beatnik Father Yod,who used unhinged psychedelia to charm teenage ladies into their gods bed.......and i don't mean just to sleep either.The randy old cunt in a randy old cult is what he was, before crashing to the ground in a bizarre hang-gliding accident.He thought he was invincible and could fly....don't blame it on drugs pleeeeze,he was just a deluded twat with a Messiah complex is all.
No hang-gliders involved in the Cambric Mill story however,unless you can attribute the prefix 'bizarre' to over-indulgence in a cult member's Homebrew washed down with lashings of British pharmaceutical paracetamol. A very British mass suicide.......has anyone written a TV series called that? If not, then someone should. I guess the Homebrew was student strength British bitter ,and not the Jim Jones preferred communal brew of pure cyanide. I guess Jim didn't know that Paracetamol was so cheap at Wilko's, formerly Wilkinson's,and not anything to do with the actual god that is Wilko Johnson? You Europeans haven't lived until you visited Wilko's pharmaceutical section.....mix and match is recommended or they won't serve you at the tills.
Basically,as if you didn't know ,Cambric Mill are the Spinal Tap of Folky Industrial power Electronics with a hint of dr hook,and a smidgen of John Denver from just before his light aircraft crashed....apparently Not into a Rocky Mountain High after all it seems.A livid John Denver fan corrected me on that point...rather tersely I may add.....over liberal use of the word 'Cunt' ...Tut tut tut!The world's full of nutters innit?
Nearly every band I've been in have been conceptual bands,and self-mythologizing is part and parcel of such projects,alongside not being able ,or bothered to learn how to play an instrument properly....fuck that! That's for Americans and similar types.
None of these people, along with John Stumpy Pepys,Joe Mama Besser, Mick Shrimpton of Spinal Tap,are actually dead,nor even spontaneously combusted, they're just having a laugh and playing some nutty music,not unlike the stuff that came out of Father Yods gaff in Hawaii...except this comes from somewhere around gloomy old Blackpool......I am guessing that living members of The Ceramic Hobs could well be responsible for this lovely package on the prolific,and suitably cheap, Pumf Records.
The story/myth is that the band who spent so long rehearsing their new sound which they called 'Industrial Folk Power Electronics" - before tragically committing group suicide in a homebrew death cult ritual prior to even playing a gig!?....also sounds like all the bands I've been in too!?
For many years, there were rumors (pretends ones) circulating around that there were rehearsal tapes of a never heard group called Cambric Mill, and finally pStan Batcow of Pumf Records somehow got his hands on the original recordings,probably because he made them, and released it on CD.This is that CD....but I ain't allowed to share it 'cus it's for sale at Pumpf Records for the nominal transfer of a single lady Godiva into pStan's back bin. If it was on Vinyl On Demand or cash driven collector bastards like that,I would certainly share it....even in FLAC!....but, No, Pumf Records and their contributors are the real DIY thing,and get Zchivago's Seal of approval....I dunno where he is,probably off in the oceans chomping down some fish....the Seal not your author you berk! I call him 'Barky' by the way if you're interested.....

You can hear some handy samples to wet your kissers with a spitball of clarity by clicking HERE!

Hey Jonny, I recon you could make a good cult leader, I'm sure you could charm the ladies or boys, strum on an acoustic guitar or play a cheap organ (fnarr, fnarr).
There are a couple of cult references on Alabama 3's first album, I seem to remember laughing at back in the day.

@ bambi....well, 'I certainly am a Cult',to quote the late great Kenneth Williams, and my cheap organ could certainly charm a few young men in a doomsday money making exercise scenario. My instrument of choice would be the Pink Oboe. Forming a dooomsday cult (with thre O's) is still on my bucket list,in between scoring a century at cricket...which I can now cross off incidentally, and Hi-jacking a Virgin Galatic flight with Branson on it and crashing the fucker as a service to mankind.

David Koresh ain't dead and still lives in his old state. Like Manson, Jim Jones, Ian Brady, Kray Twins, he was an intelligence agent to spread chaos, keep the sheeple scared, otherwise they won't pay taxes or want a bunch of fascists governing them, would they?

oh sandie....so without tax levying fascist governments there would be no homicidal lunatics at all...is that what you're saying? Totally the doings of secret intelligence servicesright?
I think the only thing thats keeping the 'Sheeple',which of course doesn't include your good self, scared,and seeding the post truth chaos of alternative facts,are in fact Conspiracy nuts,dare I say,like yourself?Maybe its you that are the fear mongers,and not the easy targets like the CIA,MI6 etc. Its certainly helped putins Russia to cause chaos in the USA,by using those very same fear tactics that conspiracy theorists employ. Are you a Russian Saboteur Sandie?
ps If Koresh was still alive and living in Texas,and you are privy to this secret fact...doesn't that make the intelligence services a tad incompetent....but they still manage to keep everything else secret at the same time. OK Koresh is alive and 9/11 was an inside job....what are your sources?....i know...youtube and Facebook rather than a CIA whistle blower i wager.

@ Bambi, I thought that's what he was doing here. No? Damn. Back to doom-cult scrolling.

Pretty sure there'd be plenty who'd buy tickets to watch the next Branson edge-o-space flight from the ground if you'll be piloting Jonny. Who'd want to die before being able to savior that event for years to come. Yes, that would be a service to all. All we need now is to find a like-minded pilot for the upcoming Bezos blastoff. Then again, an explosion on the launch pad would do the job.

I'd willingly sacrifice my life for you all in removing Branson from this mortal coil.I would get to observe the shear horror on the beared one's fizzog before we were vaporized.Well worth an eternity of nothing is that.

Hey Jonny, seriously fine stuff on this blog. I've just spent many hours here reading your recommendations and wanted to reach out and say
'thanks'. Cheers from a locked down and somewhat bleak Melbourne.

Yeah thanks! Whut?? Who would send you death threats? Really really enjoy your blog, even when you briefly turned gay for those Judy Garland albums (actually I briefly turned gay for those too). Please don't leave us. Take a vacation obviously. But rock and roll is all about savage opinions as Lester Bangs and the CREEM magazine saints in the sky will all confirm. You are rock and roll, friend.