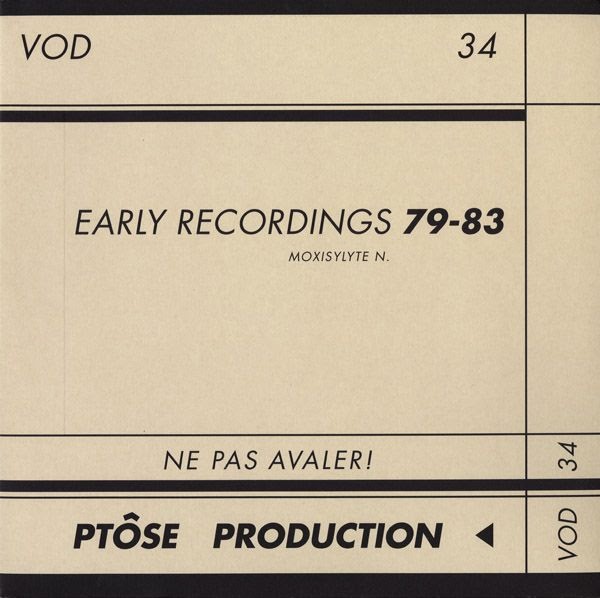 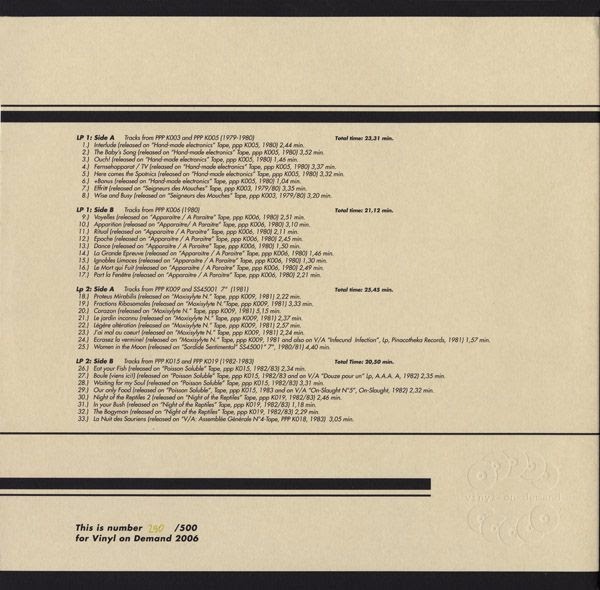 Yes, France has produced some truly awful Rock based combo's,and don't even mention Punk Rock or Post Punk.....abysmal stuff.
But, give a Frenchman a synthesiser and a few knobs to twiddle,and they ain't half bad. Although they are definitely overshadowed by the butt of their dreadfully unfunny jokes, the Belgians, when it comes to Minimal Electronica. According to the French, Belgians are Stupid,when it is obviously the other way around. Think of a famous French musician and he is almost certainly Belgian; a bit like famous American musicians are nearly always Canadian.
So, another example of why all music in France isn't shit, is Ptôse Productions, who farted out many a good minimal synth classic, like an solid state Le Pétomane , from 1979 to 1983.They range from the bedroom DIY electronique from side one of this collection,to the accomplished skewed synth pop of side four,which includes the bona fide classic “Boule(viens ici)”. Yes, Ptôse are good, but this still doesn't alter the fact that French Bars are the worst places on the planet to get drunk. An unforgivable crime against humanity that is up there alongside all-seater Football stadia.

New to me this. I'll get some biscuits in & give it a listen this afternoon. ;)

Yesyesyes, great choice:
one of my absolute favourites from the fantastic Vinyl On Demand Label.
(And one of few that were repressed by him after the ltd. 500 wre sold).
Thanks France,thanks Frank and thanks Johnny!(Though I have this one on vinyl:)
The other Ptose on VOD is great, too.
Great to have you back, Johnny !
Greetings,Michael

I find this goes particularly well with some garibaldi's and the odd ginger nut.

Didn't have any Garibaldi's or ginger nuts,but someone gave me a tin of 'fabulously foxes' - I think they were meant to be eaten around the height of this 'festive' thing people like,dunking the whole tin into a gallon of coffee seems to be working - 'women in the moon' stands out excellently - never listened much to ptose before,liking this nuts angle - FrankVOD doesn't like didgeridoo's or reggae bass lines.

In Marcus Gunn 'jaw winking' ptosis,
the droopy eyelid rises when the jaw is opened due to an abnormal connection of the nerves.
This condition is usually noticed only in small children and affects
one eyelid. now eye know !
.