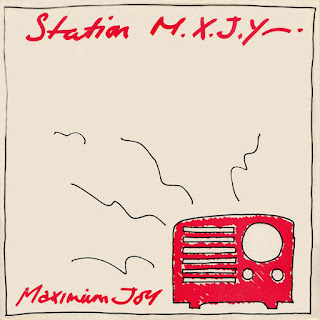 Bristol 'super group' formed by a coming together of the Glaxo Babies and ex-Pop Group members among other right-on Bristolians.
They produced a strain of inoffensive white-boy experimental jazz funk with a post-punk edge......this edge was completely removed for their solitary album "Station M.X.J.Y", which could have been mistaken for one of those smooth Acid Jazz groops from the late eighties, like The Brand New Heavies and stuff like that.....although without that awful club culture awfulness. It was around 1982 that some short-lived Jazz-dance craze sprung up in the UK, spawning chart acts like Matt Bianco, and Blue Rondo a la Turk. Early Maximum Joy, were nothing to do with that trend however, and the early singles were rather magnificent.In fact we could be more than satisfied with just "Stretch" and "Building Bridges" from this selection,but The john peel session is suitably experimental so as not to alienate their fanbase before they got far too funky for 'em the following year.
Ah, bless 'em, they probably wanted a lickle 'hit'......a common graveyard for a legion of alternative musicians over the years.

What's in this RAR file then?: 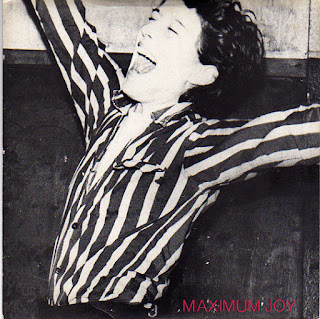 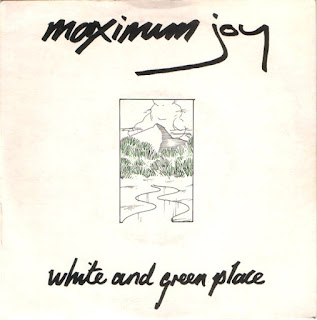 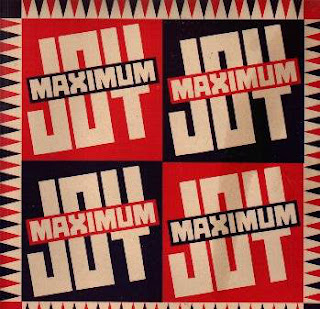 A1 Dancing On My Boomerang
A2 Do It Today
A3 Let It Take You There
A4 Searching For A Feeling
B1 Where's Deke?
B2 Temple Bomb Twist
B3 Mouse An' Me
B4 All Wrapped Up!


DOWNLOAD with maximum  speed HERE!
Posted by Jonny Zchivago at 13:04

Thanks much for this. One of my favorite bands of the post-punk era. I used to frequent the tiny 99 Records on MacDougal Street in NYC during those years. There I had my first taste of Maximum Joy, as the owner of the shop, Ed Bahlman, licensed from the UK and put out a US version of their Stretch 12". He also released records by Glenn Branca, Bush Tetras, ESG, Vivien Goldman and Liquid Liquid, among others. There's a fascinating story to this shop and the short-lived record label associated with it. A great article for all those interested can be had at: http://daily.redbullmusicacademy.com/2013/05/99-records-feature

99 Records....didn't they have Y-Pants as well?
Weirdly there's a connection between Mark Stewart and the 99 records story, because three of the Sugarhill Gang ,who destroyed 99 by sampling Liquid Liquid,got sued,got violent,and went bankrupt; were in Mark Stewart's Maffia. Funny old world innit?

Yes, you are right about the turgid and unseemly events that unfolded regarding the sampling of Liquid Liquid's song "Cavern" by Grandmaster Melle Mel (originally attributed to Grandmaster Flash). The "gangster" reputation off Sugar Hill Records and its management was more than a myth. Ed Bahlman was a bit of an OC and when he pushed (and pushed) for compensation from Sugar Hill for having appropriated from him and his band, he was duly threatened. He was unwilling to let go and subsequent legal actions probably drained the pool of all available resources on his part, hastening the demise of his very promising record label. And yes, Y Pants were also released by Bahlman -- their first record, the "Off The Hook" 7".

Thanks for all you do, BTW. Utterly fantastic blog, one of the minuscule still remaining documenting this most incredible period in contemporary musical history. You ensure this is not all lost down the memory hole.

Bloody rappers....they never change do they?

Many thanks mr. XDreamist. I do try.

Its about file size,but i normally do 320 with the lastest couple of years of stuff...i have more storage now.....are you sure this isn't 320?....i may redo it,but it takes time i don't have.
I will see what i can do.